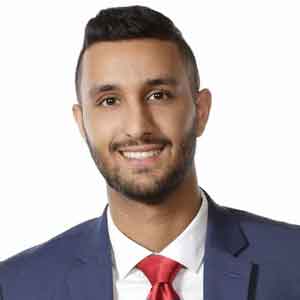 Being born and raised in Abbotsford has given Robby Gill an opportunity to keep up with all the thrilling changes regarding real estate within the Fraser Valley. Coming from a family of home builders with over twenty years of experience in the industry, ignited Robby’s passion for home building and real estate at a young age. With encouragement from friends and family, Robby decided to follow his passion and joined Titan Real Estate Team at Re Max. Robby graduated with a Bachelor’s Degree from the University of the Fraser Valley, with a major in Human Resources. He is also certified in Communications. For four years, Robby honed his skills on focusing on knowing what people need. He improved his public speaking skills which have helped Robby make long-lasting friendships and connections with classmates and professors alike. He has learned how to efficiently and effectively communicate with a lot of different people – a skill he utilizes every day at work and in his personal life. Previous work experience at TD Canada Trust has also taught Robby invaluable skills. He knows how important and valuable it is for a client’s money to go the extra mile. He’s learned to really listen, pay attention and focus on what his clients are asking for – a skill valuable in both the banking and real estate industries. Robby’s family has built houses all over the Fraser Valley, therefore he is knowledgeable in the area. He also had the opportunity to work alongside his father during summer breaks on houses for the past few years.</p><p>During his free time, Robby tries to enjoy all the beauty the Fraser Valley has to offer. He enjoys playing basketball at his local park and exploring new hiking trails. He also enjoys volunteering at local events, such as the Run for Water and Canadian Cancer Society.
(604) 300-0472
robbygill@remax.net